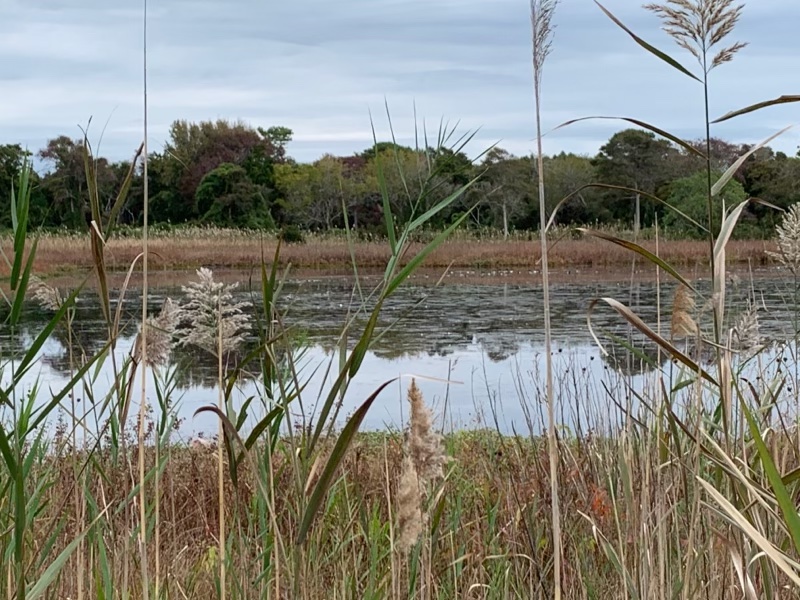 The Okefenokee National Wildlife Area — a giant peat boggy swamp listed on the Ramsar Site of wetlands of particular ecological importance — is a swath of swamp approximately 438,000 acres in size and one of the largest intact freshwater ecosystems in the world.   It is second only to the Atchafalaya Basin near Simmesport, Louisiana which, at almost one million acres, is the largest river swamp in the U.S.

Bald cypress, swamp tupelo, longleaf pine, bobcats, wild turkey and white-tailed deer and alligators galore inhabit this enormous drainage basin that straddles the divide between the Atlantic Ocean and the Gulf of Mexico draining from headwaters of the Suwannee (Gulf of Mexico) and the St. Marys (Atlantic Ocean) Rivers.  Threatened and endangered species include the red cockaded woodpecker, wood storks and indigo snakes.

The Okefenokee was added to the Ramsar list on December 18, 1986.

Back in 1997, the Okefenokee has been under threat from Dupont’s proposal to begin a 50-year titanium mining operation.  The proposal caved under public pressure and Dupont gave in and donated the 16,000 acres it would have mined.

Yet the lure of lucrative minerals remained strong.  In 2018, Twin Pines Minerals, LLC tried again but the company didn’t comprehend the size and strength of public opposition to its proposition in the form of 60,000 written comments.

Sadly, during the Trump administration, the Clean Water Act came under fire with the Navigable Waters Protection Rule which rolled back protections for wetlands generally outside of some stringent conditions like adjacency to waterways which meant the Army Corps of Engineers, the arm of the federal government tasked with issuing permits for wetlands development, would no longer make the decision, punting any permitting questions for the Okefenokee to Georgia regulators.

Enter the Georgia General Assembly and H.B. 1289.  Last week, this impossibly fertile and infinitely important landmark got a boost from state lawmakers in the form of H.B.  1289 —  a bill introduced by five Republicans and one Democrat for those of us who think there is no bipartisanship left in the world — to protect the Okefenokee from mining.

A BILL to be entitled an Act to amend Part 3 of Article 2 of Chapter 4 of Title 12 of the Official Code of Georgia Annotated, relating to surface mining, so as to prohibit the director of the Environmental Protection Division of the Natural Resources Department from issuing, modifying, or renewing any permit or accepting any bond to conduct surface mining operations on the geological feature known as Trail Ridge between the St. Marys and Satilla Rivers for future permit applications and amendments; to provide for legislative findings; to provide for related matters; to repeal conflicting laws; and for other purposes.

The Okefenokee also makes bank. The U.S. Fish and Wildlife service estimates that for every dollar the state appropriates, the Okefenokee brings in $1.38 and that doesn’t count the myriad ways the swamp improves society and the environment.

Fingers crossed the bill becomes law and the Okefenokee is protected in perpetuity.

Just when I was starting to lose faith in humanity, something like this happens — politicians from opposite sides of the aisle coming together to save a world-class ecological site.

Game not over yet. Pam Lazos is an environmental lawyer, author, and VP of Communications for GWA.  If you want to learn more about wetlands and the Corps of Engineers, read her watery debut novel, Oil and Water, about oils spills, green technology, and the importance of wetlands.